A vibrant young Canadian with everything to live for...


I received this note in response to the posting below on one of my other blogs, The Gun Control Yenta. It's from the uncle of one of the victims of a "legal" handgun owner. His niece, Stephanie Hoddinott, lived and died in Midland ON, shot to death by a former boyfriend with his legally purchased and registered handgun. The young man, apparently a target shooter, killed himself after (allegedly? do I still have to say this??) shooting Stephanie.

"Thank you for this article. I am the uncle of Stephanie Hoddinott. She was a beautiful girl. The police said the murderer was emotionally immature. Hand guns should be left at the shooting range and not transported or banned all together.You should not be allowed to buy a weapon before the age of 25. My sister is so heart broken."

Stephanie had just started a full-time job as a veterinary technician at the University of Toronto in the division of comparative medicine. She died just shy of her 21st birthday.

The thing the gun lobby forgets is that its victims are real people, people who hurt, bleed, and remember. And vote, let's not forget that they vote...

May Stephanie's family--may all victims' families--find comfort in the days and years ahead. We will not forget this beautiful, vibrant young woman who had everything to live for. As we say in my community, "May her memory be for a blessing."

(Photo from The Toronto Star) 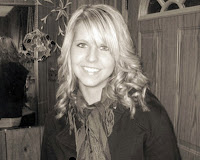 The most recent spate of gun violence, including the shooting of 3 women near Belleville, and 3 men in an Edmonton car dealership almost 2 weeks ago, remind us that, although Stephen Harper and the gun lobby pretends otherwise, the boundary between “law-abiding gun owner” and “criminal” is easily crossed. It only takes a second, one pull of a trigger, to get to the other side. Many lives have been lost at the hands of "legal" gun owners. In January, Stephanie Hoddinott was shot dead by a former partner with his legally owned handgun. He later turned the gun on himself. Joan Hanson, her daughter, and granddaughter, were also shot dead in July 2009 by her estranged hunter husband with his legally owned rifle, which he also later turned on himself. Last week, Const. Vu Pham was shot and killed by a hunter despondent about the break up of his marriage.

The risk factors associated with gun violence are well known. To reduce the chances dangerous people will have access to guns, we need to maintain and strengthen rigorous licensing and registration procedures, not undermine them by abolishing the long-gun registry, as Mr. Harper is attempting to do.

We need to remember all guns are dangerous. We need to lose the fallacious rhetoric and ensure that citizens understand the risks, so they can take appropriate action when friends, neighbors, or loved ones with depression or anger issues have access to guns.
Posted by Beverly Akerman MSc at 09:34