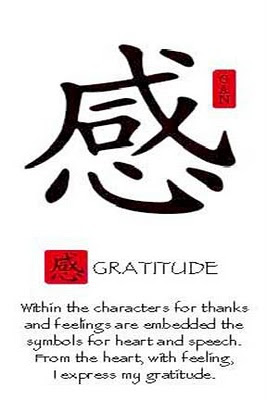 As a confirmed evolutionist, I know my unfortunate tendency to see bad news like THIS while good news meanders across my brain pan in a lower case way, was hammered into human DNA through the ages. After all, recognizing danger must surely confer a stronger evolutionary advantage than non-stop partying (or so I rationalize. Always possible I’ve just caught a case of incipient Presbyterianism).

So you won’t be surprised if I admit to sometimes having to force myself to dwell on the positive, rather than succumb to my default attitude (accentuating the negative). But I do know, deep down, that I have much to be thankful, especially as 2010 draws to a close. So I hereby declare today my gratitude day, a day to look over the year’s accomplishments, to goose my sunny side to the forefront, as it were.

My year in publishing started with February’s “Now It Can Be Told: The Hardboiled Stress Of Being Santa,” appearing on Joyland.ca. David McGimpsey, Joyland’s Montreal/Atlantic Editor, is the man who tried to teach me humour at a Quebec Writers’ Federation Workshop. Making people laugh…now THERE’S the kind of work I’d love to have!

My story follows intrepid tabloid reporter Renta Yenta as she susses out the secret links between dirty letters written by Santa, cash payments to former Prime Minister Mulroney, a Guess Who reunion tour, randy goats, sustainable development and Gilbert Gottfried. Quite the high wire act, but when, while writing it, I caught myself laughing out loud, I knew I was on to something. David called it hilarious and said he loved it! So I’m grateful for all of that, and I think you’ll find it’s just what Canadians need to read as we contemplate the tortures of the upcoming Xmas season (e.g. sharp-elbowed crowds and the endlessly looped, pan pipe version of “The Little Drummer Boy,” coming soon to a department store near you…).

Not long after that, I finally received my “printed” version of the prizewinning and honourable mention stories of The Binnacle’s Sixth Annual Ultra-Short Competition. The word limit was 150. I was expecting a typical print journal issue, though someone I’d met during a writing residency in Banff last year had hinted it would be a bit out of the ordinary. What I received was a box with 56 business card sized versions of the winners and other honoured stories, my “After Katrina” being one of latter.

What does a 150 word story look like, you ask? In answer, may I present, for your delectation,


After Katrina
My sister Darlene, she ain’t never been what you call reliable. I was the one ended up seein' to Mama after Katrina hit. The whole thing give her a heart attack, but I found her safe in hospital.
She didn’t want me going to the house. “Try and stop me,” I said. It was the only home I’d ever known.
Everything was a total write off. Papers everywhere, like Scarlet O’Hara’s discarded handkerchiefs, like drowned doves. And the smell! Eau de outhouse.
Only managed to fish out Mama’s marriage license and our birth certificates. Discovered Darlene wasn’t really my big sister.
At the hospital, Mama said, “Find anything?” her gaze red-rimmed steel, her lips like dried worms. Skeleton fingers plucked the sheet. This old woman. Lied to me my whole life entire.
The heart monitor hiccupped, the IV dripped its silvery drops.
“No ma’am,” I said. “Didn’t find nothing.”
For those interested in such things, the story arose from a prompt of Nancy Zafris’ at the Kenyon Review Writers Workshop of 2008—to date, three of my published stories germinated under her skilled attention. Does she think writers are hothouse flowers? Hardly! But her green thumb left faint traces as well on my multi-award-winning flash story “Pie”--which has just made the Commendations List in the UK's Aesthetica Magazine Creative Works Competiton--and on “What I’ve Prayed For,” the latter published in The New Quarterly this spring. All these stories came from this movie review prompt in the New York Times. So please let me hereby express my gratitude to Nancy and also to The Binnacle’s Gerard NeCastro, The New Quarterly’s Kim Jernigan and The Lists Issue Guest Editor Diane Schoemperlen (thank you, thank you, thank you squared…).

Whew! They say it takes a village to raise a child; it appears to me that it may take a small town to raise a writer. And sorry if I’ve forgotten someone (I probably have; but I’m even grateful for fallibility—it reminds me to be humble).

Well, this feels like enough gratitude for today…Besides, I think I like the idea of stringing this out over several entries.

Wishing you all peace and love (oh, I am so not a hippie!), 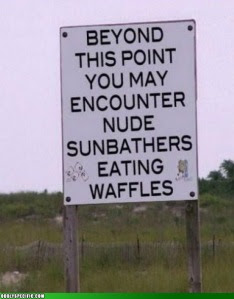 Posted by Beverly Akerman MSc at 11:52