An emerging writer lives on a high wire, where self-confidence—the bulwark against frequent rejection--counterbalances humility, because who doesn't have a lot to be humble about? The struggle to maintain equanimity was never more obvious than the first time my work was edited seriously.

I'd had over 20 stories published, most without even a comma displaced, so I was shocked when a publisher returned my fiction collection covered in chicken scratchings. The putative editor, a prizewinning author in her own right, was much younger than me, and had a Google-invisible 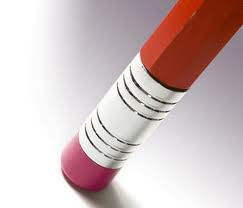 editing history.
After a week or so, I finally forced myself to flip through the thing. And it was worse than I'd feared! For instance, “Montreal” and “Quebec” had morphed to “Montréal” and “Québec.” My first story, a prizewinner itself, took place in the late '60s in anglo Jewish Montreal, where Jeanne Mance’s given name was pronounced like a synonym for dungarees...and this Torontonian had shtupped in all those aigus? Were all her other corrections equally ill-informed? 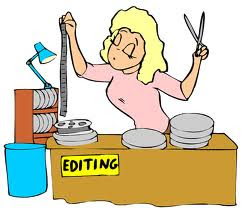 When in doubt, do nothing, I decided. Besides, the publisher had offered me bupkis, contract wise.

A few more rejections passed. I finally calmed down, read the edited manuscript, and contacted the publisher: they were only suggestions, he said. Use those that seem useful and forget about the rest. Ultimately, I realized most of her changes were printer’s instructions, and several of her propositions were sound. So, I followed them and found the result an improvement. Perhaps I’d been skimping on the humility side of my balancing equation.
Editors can't turn a sow's ear 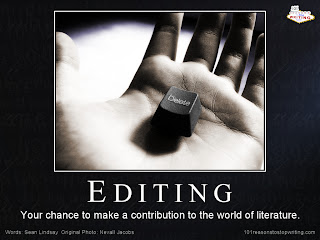 into a silk purse; but hand them raw silk and you may get a better story altogether.
###
Canadian Beverly Akerman started writing fiction in 2005. Her first book, The Meaning of Children (Exile Editions), was just released to critical acclaim: “Each story [is] a reminder of what an optimistic endeavour it is to parent…Akerman holds up our greatest fears, not to dwell on them, but to marvel at our commitment to life, especially to passing it on to others.” Anne Chudobiak, The Montreal Gazette.

(Originally published in QWrite, a publication of the Quebec Writers' Federation.)
Posted by Beverly Akerman MSc at 17:50