What a difference an (almost) decade makes: PEN Canada on Charlie Hebdo & the Danish cartoons

I'm glad to see that PEN Canada has finally decided to stop speaking out of both sides of its mouth with respect to editorial/satirical cartoons. Contrast this excerpt from their January 2015 statement to the one below on the 2005 so-called Danish cartoon controversy.

Freedom of expression is now "a fundamental human right," and presumably remains such even when it is actually exercised: 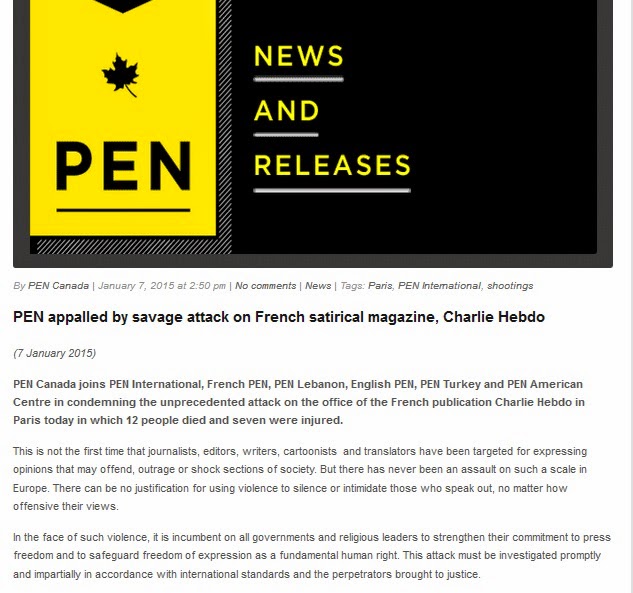 Maybe PEN should recall the words of that noted french writer Voltaire:


"I do not agree with what you
have to say, but I'll defend to
the death your right to say it."


What he actually said was, "What a fuss about an omelette!" But you can see why that didn't exactly catch on...

Well, PEN Canada, all I can say is better late than never.
From 2006: "PEN Canada supports the right of a free press to publish these cartoons, but also believes that a wise consideration of the principle of “voluntary restraint” would have led to better decisions."

Meaning, perhaps, "I'll defend your right to say anything you want, but hope to god you'll never exercise it..."

The 2006 PEN Canada statement, in its breathtaking Canadian niceness, is reproduced below. 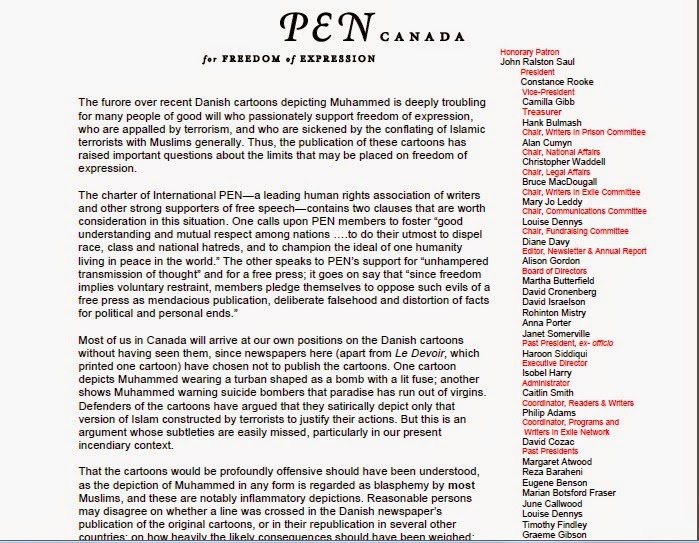 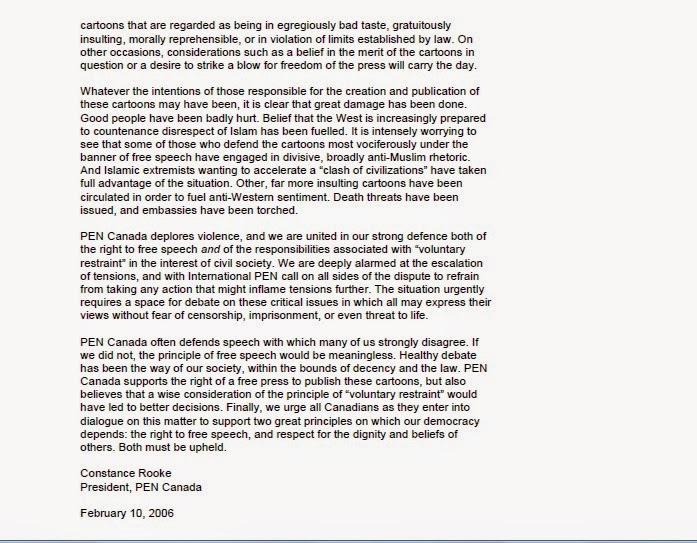 Posted by Beverly Akerman MSc at 12:55