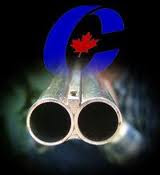 The interesting thing about staring down a gun barrel is how small the hole is where the bullet comes out, yet what a big difference it would make in your social schedule. ~~P.J. O’Rourke, Holidays from Hell, 1989

About 80 per cent of Canada's nine million guns are owned by men, so perhaps by definition, gun control is a "woman's issue." And repeated polling shows a substantial majority of women support the gun registry, perhaps because we know that guns are often used to harm or intimidate women in the throes of domestic violence. Women around the world are at greatest risk of harm from their intimate partners—“the usual suspects” in such cases. Fully 85 per cent of Canadian women who are murdered are killed by their spouse or partner, and most of those shot dead are killed with legally owned firearms. 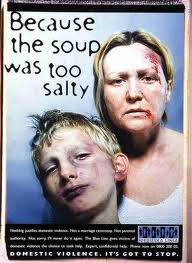 Despite pro-gun lobby bluster, this gun violence is not just an urban phenomenon — the rate of women killed with guns is higher in rural areas because rural people own more guns. And murder is just the tip of the domestic violence iceberg—for every woman killed, many more are injured or threatened. And these “domestic violence” incidents appear in the papers almost daily. Several examples from a short period in 2009 (when this article originally appeared):

Smith AB, July 30th: Ian Jeffrey Paget kills estranged wife Joan Hanson, her daughter and granddaughter, and then turns the rifle on himself at her rural home in northern Alberta.

Kitchener ON, August 11th: Nadia Gehl is shot in early February at a bus stop near her home. Months later, police nab 3 suspects: her husband and two of his friends.

Orangeville ON, September 13th: Police investigate a murder-suicide that left a mother of two and her estranged husband dead. Witnesses say 39-year-old Heidi Ferguson, shot in the chest, sought help at a neighbour's. As she lay dying, Ferguson reportedly cried, "I've been shot by my husband ... please help me." An avid hunter and gun collector, Hugh Ferguson turned the gun on himself after a standoff with police. 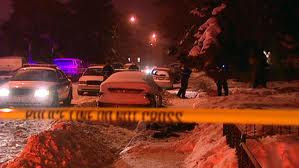 Winnipeg MB, September 17th: Police are called after a 19-year-old woman is allegedly assaulted and threatened with a firearm. The woman flees the house and calls police from another area residence.

Fort St. John BC, September 30th: A northeastern B.C. man is shot and killed by the RCMP after a five-day standoff that began when the 41-year-old farm resident pursued a van carrying his wife, an unspecified number of children and a friend, and shot out the front tires.

Since the gun registry was created, close to 23,000 firearms licenses have been refused or revoked because of safety concerns. We register our cars and our dogs--not to register our guns would be criminal. 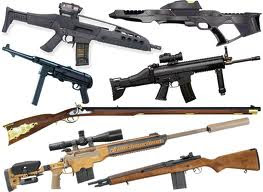 No matter what the gun lobby says, gun control works. Consider the following :
· Controls on rifles and shotguns were strengthened in 1991: that year 1441 Canadians were killed with guns. By 2005, the number of such deaths dropped by almost half, to 818.
· The number of women murdered with guns fell from 85 in 1991 to 32 in 2005. But the number of women murdered by weapons other than firearms declined only slightly during the same period of time. Again, the effectiveness of gun control is inescapable.

My son was at Dawson College on September 13, 2006 when Kimveer Gill went on his murderous rampage. I will never understand why Mr. Gill had such easy access to such enormous firepower--the fact that he managed to kill “only” a single young woman was due to the fortuitous coincidental presence of two brave and well-trained police officers. (I say “only” because, of course, for her parents, family and friends, the murder of 18-year-old Anastasia De Sousa is no small loss.) Kimveer Gill didn't need those guns and he shouldn't have had them. Why should his right to feel "big and bad" have trumped Ms. De Sousa’s, my son's, or anyone else’s safety?

Though our Prime Minister may refuse to face it, rifles and shotguns are the firearms used most often to threaten women and children, and the weapons of choice in the murder of police officers. Look, for example, at the 3 Mounties killed in Mayerthorpe, AB. And the only charges levied in that case were against the gun providers, who were traceable because of the gun registry! 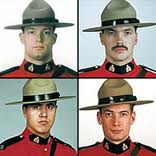 When Mr. Harper talks about law and order one day, and gutting gun control the next, I'm not sure whether to laugh or cry.
Contact your MP on this issue. Don't let Mr. Harper play fast and loose with our children's lives.
Posted by Beverly Akerman MSc at 16:57