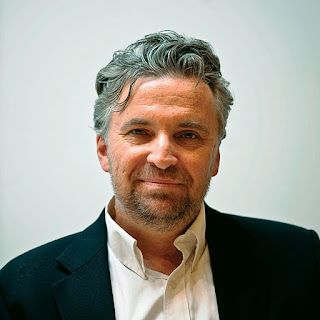 Congratulations to Charles Foran, Winner of the 75th Governor General's Literary Awards for Nonfiction. Mr. Foran is honoured for his recent biography of Mordecai Richler, a double GG Award Winner himself (for fiction in 1968 and 1971), Mordecai: The Life & Times. 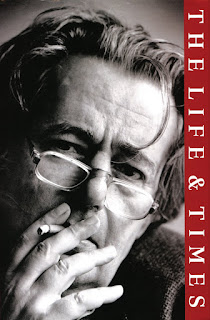 For my look at the book, please see "A Feminist Jewess on Charles Foran's Mordecai: The Life & Times."

From the press release:

"The Canada Council funds, administers and promotes the Governor General's Literary Awards, Canada's oldest and most prestigious awards for English- and French-language Canadian literature. In addition to the monetary award, each winner will receive a specially-bound copy of the winning book, created by Montreal bookbinder Lise Dubois. The publisher of each winning book receives $3,000 to support promotional activities. Non-winning finalists receive $1,000 in recognition of their selection as finalists, bringing the total value of the awards to approximately $450,000.

His Excellency the Right Honourable David Johnston, Governor General of Canada, will present the Awards on Thursday, November 24 at 6 p.m. at Rideau Hall. Media representatives wishing to cover the awards presentation should contact Christelle Legault at the Rideau Hall Press Office, (613) 998-7280 or christelle.legault@gg.ca."

Also from the GG website, all the winners & the committees that chose them:

Brothers Eli and Charlie Sisters are at the centre of this “great greedy heart” of a book. A rollicking tale of hired guns, faithful horses and alchemy. The ingenious prose of Patrick DeWitt conveys a dark and gentle touch.

In L’homme blanc, Perrine Leblanc invites us to travel to a period in history in which a profoundly human character achieves universal status. This novel teaches us that we can never predict destiny, and that even white itself can have varying degrees of whiteness.

Killdeer by Phil Hall realizes a masterly modulation of the elegiac through poetic time. It releases the personal from the often binding axis of the egoistic into that kind of humility that only a profound love of language – and of living – can achieve.

Plus haut que les flammes is a collection of admirable restraint, where the everyday is interspersed with memories of the death camps of Auschwitz and Birkenau. Louise Dupré explores and questions the experience of pain evoked by places of extreme horror, and uncovers a deeply human truth.

Erin Shields, Toronto, If We Were Birds
(Playwrights Canada Press; distributed by University of Toronto Press)

If We Were Birds is a bold and brilliant retelling of a classical myth. The language is poetic and contemporary. Erin Shields creates a haunting and viscerally impactful play about the sexual politics of war. She invites us into a world of complicated family relationships, dangerous sexuality, revenge and fierce loyalty.

With Ce qui meurt en dernier, Normand Chaurette creates disturbing and mysterious moods in a polished, chiselled language. His almost surgical style paints the portrait of a woman who struggles with her desire to please. The beauty of the writing serves the play’s thesis wonderfully.

Mordecai: The Life & Times by Charles Foran is biography as high art, illuminating not only the character of Canada’s most provocative writer, but also, in the most vivid and compelling fashion, the times and places in which he lived. This is a grand, sweeping work that sets the standard for future literary biography.

Almost a year after Beethoven’s death, Schubert, suffering from a concealed affliction, saw his own death approaching. Winter Journey is the pretext for a fine requiem in white that Georges Leroux has penned in a lovely, pitch-perfect book. Musing on human suffering as a philosopher, incorporating poetry and photography, the author gives us a sumptuous meditation on existence.

Christopher Moore, Toronto, From Then to Now: A Short History of the World
(Tundra Books; distributed by Random House of Canada)

From Then to Now: A Short History of the World, by Christopher Moore, is a fascinating examination of the evolution of human civilization that is global in its span and inclusive in its outlook. The energetic narrative tells a story that rivals the very best fiction.

With Les aventures de Radisson, Martin Fournier skilfully measures the suspense of his tale, and more than succeeds in transcending the dryness of a historical character. He depicts the adventures of Radisson, the rebellious adolescent who will pay for his boldness. An almost ethnological initiation into the Iroquois culture of the time – the French language at its best.

Ten Birds is a whimsical, surreal visual riddle. A disarmingly simple story becomes a complex discussion of the adjectives used to
“pigeon-hole” individuals in society. Cybèle Young’s beautifully crafted pen and ink images describe a journey to simply cross a river. Ironically none of the birds can fly, but ultimately the simplest answer may be the best.

By playing with a familiar theme, Caroline Merola succeeds in drawing us into her universe filled with astonishing contrasts. She stages simply-drawn characters in a lush, generous forest. Lili et les poilus is a work full of dynamic compositions, with profound and luminous colours that are applied with unbridled energy.

Partita for Glenn Gould, Donald Winkler’s translation of
Georges Leroux’s brilliant essay, shines with the musicality of language that reflects Gould’s life and creative discovery. Winkler expresses the depth of feeling and baroque complexity of the original text with impressive sensitivity, dexterity and precision. A masterful performance, at once learned and lyrical, it is a tour de force.

Toxique ou L’incident dans l’autobus is an effective and deftly-honed translation. The language is incisive, imbued with an oral character that is perfectly suited to the theatrical text, and skilfully renders the dense and sober style of the original. Maryse Warda says a great deal in few words, in language that delivers the essential.

The winners for the Governor General’s Literary Awards are chosen by peer assessment committees (seven English and seven French) appointed by the Canada Council. The committees, which meet separately, consider all eligible books published between September 1, 2010 and September 30, 2011 for English-language books and between July 1, 2010 and June 30, 2011 for French-language books. This year, 1002 titles in the English-language categories and 682 titles in the French-language categories were submitted.

(Of course, Patrick deWitt would be from Portland...if any of you have read my essay "Six Pixels of Separation," you might understand to what I refer...)

Posted by Beverly Akerman MSc at 13:08