"Can you handle the truth, Canada Reads?" No More Ms. Nice Guy

The kerfuffle on Canada Reads, where one of the country’s most successful and prominent lawyers ever, Anne-France Goldwater, annihilated her competition on Day 1, was an amazing demonstration of the power of the adversarial system. Goldwater is the lawyer who, on her clients' behalf, pushed Canada into legalizing same sex marriage and, for the moment, has won spousal support rights for unmarried spouses who separate (and against a Quebec billionaire, yet!).

Now, Canadians are supposed to be, above all,  nice. Pirouetting little peaceniks and peacekeepers.

Host Jian Ghomeshi is probably the epitome of what a multiculti Canada wants to believe itself to be, a good looking vaguely failed rocker who asks questions of successful people, and looks good in a nice suit.

What Me Goldwater did, as far as the typical nice Canadian is concerned, was enter the competitors' arena, both barrels blazing. Everything about her was most unCanadian.

She branded one memoirist a terrorist and the other a liar. 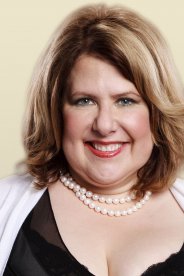 What she did was doubly instructive:  an unabashed advertisement for lawyers, cogently demonstrating that “an untrained person who acts as her own lawyer has a fool for a client.”

And it also shows how pusillanimous the show’s concept really is.

As a bonus, it pinpoints why a House of Commons full of lawyers (and other professional debaters) is as dysfunctional as it is. You asked for a debate, Me Goldwater sort of said, at one point. It doesn't mean that anything I said was true...

Goldwater took a flamethrower to the place.

Let's face it: Canada Reads, from what I can tell, is about looking good, not about being smart. I mean, a book from 1983 about hockey?

Imagine, a show where two memoirs are challenged for their veracity and no one even recalls James Frey’s A Million Little Pieces? Hard to believe…for well-read people, I mean.

I’m a reader and I’d never heard of any of the books in contention. And last year’s winner, The Best Laid Plans, may have had Terry Fallis laughing all the way to the bank, but he's probably the only one who laughed much at that book. A mildly entertaining page turner, a pathetic champion.

No wonder my book club friends laugh outright when I suggest a novel that made the Giller or Governor General short lists.

Me Goldwater’s sin was that they sent a lawyer to do a model-slash-musician’s job. She isn’t gorgeous and she wasn’t gentlemanly. They hired her--or chose her, anyway-- as an advocate, she gave it her best shot, and she blew the competition--and host--right out of the water.

Though someone must have had a clue what would happen: they gave her The Tiger to defend, after all.

·       Me Goldwater's practice highlights include establishing precedents on the recognition of parental alienation syndrome by the courts, the right of children to the attorney of their choice and to claim party status, as well as disparate children’s rights such as lump sum support and mandatory reinstatement in a private educational institution. She also successfully challenged federal and provincial laws forbidding marriage for same-sex couples, thereby obtaining the right of same-sex couples to marry.

·       She successfully challenged the validity of laws preventing women from executing their own alimony and child support orders. She advanced the protection of privacy rights in family matters in the context of paternity litigation. She has obtained the highest child support orders in , and the highest provisions for cost in a matrimonial matter.

·       She is perhaps best known for her success in the case of Eric vs. Lola, in which she successfully challenged the validity of laws denying common law spouses the right to claim spousal support upon separation, in a unanimous Court of Appeal judgment.

Posted by Beverly Akerman MSc at 14:50