Roddy Doyle, Genocide, and Docs that Boldly go where no Doc has Gone Before*: NOW for My 3 Latest Articles 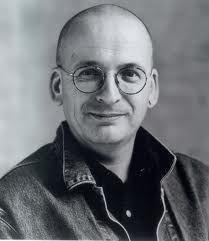 I've been working on some interesting articles over at NOW, Concordia University's online news and events newsletter.

First, an article about the Writers Read literary series which, along with the School of Canadian Irish Studies at Concordia, is set to welcome acclaimed Irish writer Roddy Doyle on Friday October 7th.

Doyle is the author of nine novels, including The Commitments, The Van, A Star Called Henry, and The Woman Who Walked into Doors. He has also written five children’s books, a collection of short stories, and a memoir. His work has appeared in The New Yorker, McSweeney’s, Metro Eireann and several anthologies. In 1993, he won the Booker Prize for Paddy Clarke Ha Ha Ha. He also writes for stage and screen, and won a number of nominations and awards for his work on the screenplay for The Commitments.

Second, some of the world’s foremost experts on the role of media in preventing mass atrocities will bring their latest insights to the upcoming conference, The Promise of Media in Halting Mass Atrocities: A Conference to Mark the 10th Anniversary of the Responsibility to Protect (R2P). 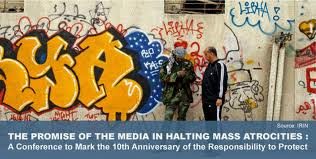 Concordia University’s Montreal Institute for Genocide and Human Rights Studies (MIGS) is organizing the conference, which takes place October 20 and 21 at the Mount StephenClub, 1440 Drummond Street.

And third, a story about Cinema Politica, a made at Concordia documentary film series that has grown to 90 international locations since 2003:

In 2003, a small group of Concordia film buffs got together and decided they wanted to see some alternative, non-commercial documentary films. They started out in with small screenings every couple of weeks, says Ezra Winton, BA 05, MA 07, co-founder and director of programming for Cinema Politica (CP).

Word of the film series quickly spread and “it wasn’t long before it was standing room only and people were sitting on the floor. Students were hungry for alternative media and perspectives, for the under-represented stories,” explains Winton....


*(Okay, maybe that last part was a slight exaggeration...)
Posted by Beverly Akerman MSc at 12:47