In remembrance and tribute to those who have been injured or killed in Aurora, Colorado--and because I have just read Jan Wong's Out of the Blue, bringing the Dawson College shooting to the forefront of my thoughts--I offer this encore presentation of this blog post, with the following thought:

The dead are still dead. The gun registry has been killed in Canada. Our federal government, which has muzzled public scientists, lied to us repeatedly (e.g. about the opinion of StatsCan's chief on proposed changes to the Census long form), seems to believe we are the new Texas--all about oil, beef, worshipping warrior culture, guns, and manly men. Truth is, Canada is so much more than that.

To you Americans still convinced that more guns will make them safer, and the misguided Canadians who feel the same way, I offer this chart, recently seen on Facebook:

What I'd like to say to the women of the world, especially, is that we must take back the power we have allowed others to wield on our behalf. We must become more politically active and demand MORE gun control.

Why is all this firepower be so readily accessible to the unfortunate few who lose their grip on reality?

Five years later…
First off, I think today is a day for offering our condolences to the De Sousa family, and our best wishes for healing to them especially, and
to anyone who was hurt at Dawson College five years back. I’ve learned a bit more about Anastasia De Sousa the past couple of days, from a website called “mypinkangel.com,” created and maintained by Lucie Bouchard Antoniazzi. Ms. De Sousa had had a hard time while growing up because she had asthma and scoliosis. She was treated—amazingly well treated—at the Montreal Children’s Hospital. When she was 14, she underwent a gruelling six hour operation to straighten her spine. Steel rods, the whole works. It was painful and difficult. The first time she got out of bed after the surgery, she was 3 inches taller.

I mean, that girl suffered.

And everyone knows that means her whole family suffered with her. And after recovering from all that—her breathing eased because her spine no longer pressed on her lungs--she’s shot to death by some mentally ill guy who had unbelievably easy access to guns. [For more in this sadly ironic vein, please see "Colorado shooting victim narrowly missed Eaton Centre Shooting"]

Nineteen people shot, thousands terrified, their sense of safety shattered. I’m sure I feel the way all Montrealers feel in wishing the De Sousa’s all the best in the future. But I think they and the entire Dawson community are also owed an apology. 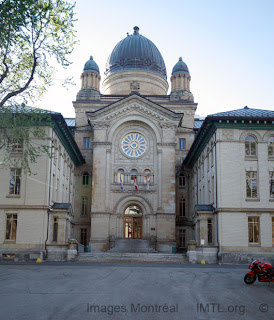 Because I think our federal gun laws failed us. I think they failed Anastasia De Sousa and her family. 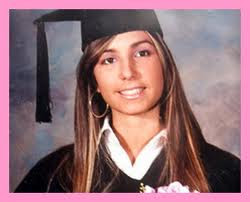 I’m not even talking now about the gun registry, which I support. I have a more basic question. Why was the Dawson College shooter—I don’t even like to say his name--able to amass all that firepower?

For what purpose? A young, troubled, unemployed guy…I mean, the guy had 4 guns and hundreds of rounds of ammunition with him that day…I’ll say it again, why did our society allow it? Why did our government allow it? Why do we treat guns like cameras?

I started writing in favour of gun control in 2006, and I haven’t stopped. On a day like today, I’m also thinking about the late Stephanie Hoddinott. Stephanie Hoddinott was wonderful 20-year-old woman with her whole life ahead of her. She had a 4.0 GPA in her veterinarian technician program, was smart, beautiful, and well-loved. On January 10th, 2010, she was murdered in her home by an ex-boyfriend who had legally purchased a handgun—supposedly for target-shooting. That ex-boyfriend then killed himself.

I mean, an 18 year old is too young to buy beer in Ontario. But he can buy a gun.

Why is that? Why do we put up with it?

The De Sousa family has helped set up The Pink Angel Fund to help combat asthma and scoliosis. They’re also trying to build a memorial room in the hospital (called a Best Care Unit) in order to help and inspire patients struggling with the same medical issues she struggled with.

The Pink Angel Fund is holding a gala on September 24th; Premier Charest and his wife Mme. Michele Dionne are Patrons of Honour at the gala. You can buy a ticket or make a donation on Ms. De Sousa’s behalf.

I was very touched to hear about this. This family has lost so much but they find solace in thinking of...helping...others.

So that’s what I’m thinking of on this day: the grace of the De Sousa family in reaching out to help others who suffer. And I’m asking myself why we allow anybody to get a gun…I know there are hoops people have to go through to buy them. But if Marc Lepine, Valery Fabrikant, and Kimveer Gill could jump through them so easily, they’re obviously not set high enough.

The Public Safety Minister has a firearms advisory committee. The day after the Dawson shootings, a member of the committee, Tony Bernardo of the Canadian Shooting Sports Association and the Canadian Institute for Legislative Action told the Canadian Press, “To be perfectly honest it's a lot of fun to shoot.” He also owns a Beretta CX4 Storm. He repeated the comment at last year’s parliamentary committee hearings on Bill C-391, the law proposing to destroy the gun registry. He made the comment in front of Anastasia De Sousa’s mother, Ms. Louise De Sousa, and Ms. Suzanne Laplante-Edward, mother of Anne-Marie, a victim of the Polytechnique massacre. They had been announced as being in attendance.

I think our government has a lot to apologize for.

Posted by Beverly Akerman MSc at 12:04