Of Pardons and Handguns: Mr. Harper, are you listening? 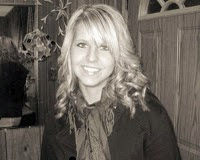 When Prime Minister Harper recently discovered, three years after the fact, that convicted pedophile Graham James had obtained a pardon, the PM was concerned enough to interrupt the Public Safety Minister on Easter Sunday to discuss changing the pardon laws.

Here’s another example of injustice that begs for Prime Ministerial activism: the case of Stephanie Hoddinott, a 20-year-old woman from Midland, Ontario. Stephanie had a 4.0 GPA in her veterinarian technician program, was smart, beautiful, and well-loved. On January 10th, she was murdered in her home by an ex-boyfriend who had legally purchased a handgun—supposedly for target-shooting. Says her mother, Brenda Passa, “Stephanie wasn’t just my daughter, she was my sister, and my best friend.”

In a letter to Mr. Harper, Ms. Passa wonders why we permit so many guns in our society since we no longer hunt for food. She can’t understand why, in her province, an 18-year-old isn’t considered mature enough to legally buy a case of beer, but IS permitted to own a handgun. Just one pull of the trigger separates the law abiding citizen from the law breaking criminal, she says, pointing out our handgun restrictions date from 1930. Times have changed: “Being 18 in 1930 is not like being 18 in 2010. Children live with their parents longer; they are younger emotionally and need time to develop before dangerous weapons” are made available.

She wants the Prime Minister to change the age limits for gun ownership, and she wants target shooters to have their weapons confined to shooting ranges.

“I hope no one ever has to endure what I went through,” she says. On January 10th, Jake started texting Stephanie repeatedly (he had texted her 40 times the day before). She didn’t respond; he came to their house. Ms. Passa met him at the door to say Stephanie wouldn’t see him. He said, “Not even for two minutes?” and Ms. Passa told him, “No, not even for two minutes, Jake. I’m sorry, I can’t make her.” She shut the door.

“I liked him,” Ms. Passa says. She feels nobody who knew him would have predicted what happened next, insisting there had been no warning signs. But he did lie on the Possession and Acquisition License (PAL), the form that's completed and (supposedly) assessed before a person is permitted to buy a gun. Ms. Passa says the PAL asks several significant questions. “Guess what?” she says, “the murderer lied on his application.” Jake Ferrier’s parents were in the midst of a divorce, and he had also recently broken up with Stephanie, facts the form asked for but Jake declined to note. “People are lying on these forms,” she says.

Ms. Passa went to her daughter’s room—Stephanie was packing for Toronto where she’d just started working at U of T. Her long-term plan was to attend vet school. Ms. Passa asked if Jake had made any threats. Stephanie said the problem was only that he was texting her incessantly. They finally decided Ms. Passa would call the young man’s mother to discuss the situation. Ms. Passa went to shower first. While in the shower, she heard two loud bangs.

By the time she threw on her pyjamas and ran to her daughter’s room, Stephanie was face down on the bed and Ms. Passa’s boyfriend was speaking with 911. She kept calling Stephanie’s name: no answer. Turning the girl over revealed she’d been shot in the head. The 911 technician told Ms. Passa to start CPR. “I blew in her mouth--blood was coming out of her neck and the top of her head. My daughter died in my arms, to the sound of my screaming." The 911 crew arrived to find her covered in her daughter’s blood.

Ms. Passa is clearly devastated. She has nightmares, she cries everyday. She says she herself would legally be permitted to purchase a handgun immediately, asking, “Do you think I am in any state of mind to own a handgun?”

Ms. Pass intends to do everything in her power to toughen the gun laws. She is convinced keeping guns at shooting ranges would be workable and effective. “Fighting this is the only thing keeping my will to live, that's the only thing I have left now. Stephanie is not dying for nothing.”

Prime Minister, Ms. Passa wants to know, can you help? Or does your concern—your compassion--extend only to possible problems with the pardon system?

A Facebook page set up by Stephanie’s cousin Tyler Hoddinott, “RIP Stephanie Hoddinott,” has over 4000 members. And counting.

(This article, originally published in The Toronto Star under the title, "Woman's murder exposes need to raise age for gun ownership," was named a Finalist for the Short Article Award Writing Award from the Professional Writers Association of Canada. Winner to be announced June 18, 2011. See the press release HERE.)
Posted by Beverly Akerman MSc at 11:04