The Meaning of Children under consideration for The Giller Prize 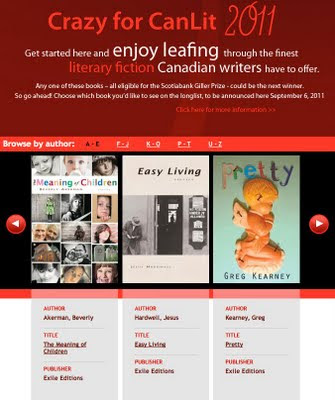 I'm honoured to announce that my book, The Meaning Of Children, has been submitted by my publisher, Exile Editions to be considered for The Giller Prize, Canada's "richest literary award for fiction."

You can find the listing for The Meaning of Children and the other submitted books at this page on The Giller website!

For a "taste" of The Meaning Of Children, please try my "Pie." 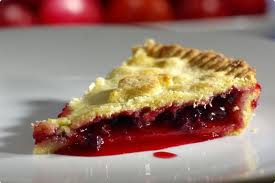 "What would an American do?" How I keep my "emerging writer's" career moving

I was just re-reading this interview and I thought I would post the whole thing. Thanks again, Meg Pokrass & Fictionaut!

(The Meaning Of Children now available on Kindle!)

After over two decades in molecular genetics research, Beverly Akerman realized she’d been learning more and more about less and less. Skittish at the prospect of knowing everything about nothing, she turned, for solace, to writing. Of The Meaning of Children, 2010 David Adams Richards Prize winner, The Globe & Mail said, “This isn’t the invented childhood of imagination and wonderment…[here] children both corrupt and redeem: each other, family relationships and the female body.” Other recent honors: nominations for the Pushcart Prize in fiction and nonfiction, and for a National Magazine Award. Credits include Maclean’s Magazine, The Toronto Star, The National Post, The Montreal Gazette, CBC Radio One’s Sunday Edition, myriad literary and scientific journals and other publications. Strangely pleased to believe she’s the only Canadian writer ever to have sequenced her own DNA. She is seeking US and UK agents or publishers for The Meaning of Children.

Q (Meg Pokrass): Have you had mentors? Do you mentor? Talk about the mentor relationship if you will, its importance for a writer…


I consider all of my teachers/workshop leaders to have been mentors–though mentorship is really more about the one-on-one longer-term relationship. Most of the training I’ve been lucky enough to access was through a local group, the Quebec Writers Federation; I’ve taken many of their workshops, led by accomplished local writers: Colleen Curran, Tess Fragoulis, Mikhail Iossel, David McGimpsey, Neale McDevitt, Monique Polak, Lori Weber, Joel Yanofsky. I also was a­ccepted to the QWF’s formal four-month mentorship program with Robyn Sarah. At the Kenyon Writers Workshop, I worked with Brad Kessler and Nancy Zafris, and briefly with David Goodwillie; at Oregon’s Fishtrap, had a stellar experience with Luis Alberto Urrea; and at The Banff Centre for the Arts, I spent a residency working with Greg Hollingshead, Edna Alford, and Isabel Huggan. Some of these were 8-week-long interactions, others shorter or longer. It isn’t always about quantity–it’s more about intensity and emotion, whether they inspire. I’m grateful to them for their generosity, for reading and commenting seriously on my work, and those of the others in the group. Teaching is an incredible gift of oneself–knowledge, experience, sensibility, and confidence. I was invited to lead a QWF workshop for the first time last fall; it’s quite a responsibility. But my most consistent mentors/supporters/co-conspirators are my writing group: Pauline Clift, Julie Gedeon, Kathy Horibe, Maranda Moses, and Heather Pengelley. We’ve been working together since 2006. It’s incredible to have trusted people to give you feedback.

What do you do when you feel stuck or uninspired… suggestions for unblocking creativity?


I’m a big believer in getting out of your comfort zone–I’ve traveled to workshops/fellowships/residencies in Alberta, New Brunswick, Manitoba, Ohio, and Oregon. When I’m unsettled, my emotions are closer to the surface, and I highly recommend it. I’ve even written naked in the Super 8 Airport Motel in Portland–one of my favorite stories poured out there when, after a bad dream, I got up and started writing instead of turning over and trying to get a little more shuteye. I wrote for a couple of hours, made my plane and kept on writing in the stopover at San Francisco (don’t worry: I was clothed by then). Other suggestions: go to art galleries, watch movies, get in touch with nature, take long walks, ride a bike, visit your old neighborhood, join a choir, look at old photos–your own or even strangers’. Whatever it takes to stir yourself up. And work at finding things that make you happy, that make you laugh.


Kindness and compassion. How much some do for others. The feeling of being in this together, the ol’ John Donne thing. Seeing kids enjoy things. My mother used to take my kids to see plays put on by a local theatre–the rapt look on the faces in the audience used to make me cry. Probably still would. Luckily, my kids are grown and I don’t have to humiliate myself in public that way quite as much anymore. But I’m still trying to move people.

Where do stories come from? What makes them happen… for you? Talk about recurring theme or themes in your own work here…


No doubt, many of my stories come from my subconscious, from unresolved issues in my own life. Preoccupations. Grains of sand that irritate and ingratiate. Recurring themes in my work include children, of course, and religion–I’m Jewish so many of my characters are, too–but one of my characters has an epiphany at St. Joseph’s Oratory, a Montreal landmark, Canada’s largest church. Again, I look for emotional triggers. Survivor guilt turns out to be a big one–that has to come from the Holocaust, where I lost half my family. Foster children are a recurring subject–I grew up with several over a 10-15 year period, and I realized after rereading the collection several times during a very compressed production schedule that I must have been pretty grief-stricken when they left to resume life with their families (or to other placements). This was all when I was quite young–to my recollection, my parents were very concerned about whether or not the foster kids were ready to move on; about the reaction of me and my sibs, not so much. Of course, memory is not objective.

How do stories grow for you?


My stories often grow themselves during the writing, like crystals coming out of solution. Sometimes I’ll start with just one idea, sometimes I’ll know the whole thing beforehand–Athena bursting from Zeus’ forehead, fully armed. I’m pretty flexible; I’ll take advice if I think the result is better (as an experiment–my old research scientist persona poking through) but I won’t alter a story for politically correct considerations. In “The Woman with Deadly Hands,” some early readers felt the ending was anti-feminist, that a woman shouldn’t be redeemed through pregnancy. To me, that wasn’t the point of the story at all: the story is about whether it’s possible to do too much reading. There isn’t a writer in the story, but it’s about writing. At least, it is to me. But I didn’t set out to write that. I horked it up like a hairball and then tried to figure out what it meant.

Can you talk about what led to the conception and creation of your collection “The Meaning of Children”?


I’d been in molecular genetics research for over 20 years, but I’d always thought I’d be a writer “some day.” In fact, one of my early delusions on enrolling in graduate school was that after the 3rd semester, I’d no longer pay per credit and so be able to take all the English courses I’d always wanted to–guess how much time I had for English or writing courses while pursuing a research MSc in genetics?
I did a lot of things in the interim–had 3 kids, worked mostly in McGill affiliated labs. And then, in 2003, my father-in-law, Gerry Copeman, died of lung cancer. Gerry and I didn’t even get along that well, though we’d made our peace. But when he died, it affected me: I understood–emotionally, as opposed to rationally or intellectually–that my time on this earth was finite, and that I’d better use it doing something I’d always dreamed of doing–writing fiction.
And so I switched gears, started taking writing and taking workshops. My first stories were published–online and in print–in 2006.
I’ve been writing and submitting like mad since then. By 2010, I had some 20+ published stories. I began submitting a collection in 2009 or so, but it wasn’t until I’d had several rejections that I realized I needed some over-riding structure. I renamed and reorganized it: there are 3 sections: ‘Beginning’ features 1st person POV children’s stories; ‘Middle’ is about those in the child-bearing years, and; ‘End’ has stories about older people, or that take the long view of life. I won the David Adams Richards Prize for a version of the unpublished collection and I think that and several other prizes–and persistence–paid off.

Are there favorite writing practices/exercises that you can share?


From Nancy Zafris, current editor of the Flannery O’Connor awards series: read Stephen Holden’s NYT review of Hirokazu Koreeda’s 1998 film, After Life and then imagine memories that you (or your protag) could take with them into eternity. The second was suggested by Luis Urrea: write about what the hands know. The two of them together led me to “Pie,” a prize-winning and much-appreciated story you can read right here on Fictionaut.

Best advice you ever got? Words of wisdom… What helped you as a young writer?


I was never really a young writer (except in my head). Advice I wish I’d gotten: don’t worry about employability (I never really made much money, anyway). Be fearless enough to do what you love (”like an American would,” lol!)

The Fictionaut Five is our ongoing series of interviews with Fictionaut authors. Every Wednesday, Meg Pokrass asks a writer five (or more) questions. Meg is the editor-at-large for BLIP Magazine, and her stories and poems have been published widely. Her first full collection of flash fiction, “Damn Sure Right” is now out from Press 53. She blogs at http://megpokrass.com.
Posted by Beverly Akerman MSc at 14:17 3 comments: