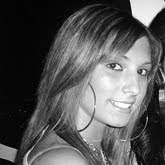 Today being the fourth anniversary of the tragic murder of another "beautiful young Canadian with everything to live for," Anastasia De Sousa, during the Dawson College Shooting , I've decided to post the opinion article I wrote following the Sept. 13, 2006 rampage by the deranged Kimveer Gill. Versions of this piece appeared at the time in The Montreal Gazette and The National Post. The memorial notice for Ms. De Sousa is here; you may leave a message of condolence here.

I am the mother of a Dawson College student, was friendly with a beloved husband and father killed at Concordia University 14 years ago, and worked in a non-traditional occupation - molecular genetics research - when the Ecole Polytechnique massacre took place. My husband is a provincial politician who spends much of the year at the National Assembly in Quebec City, where three were killed and 13 wounded by a deranged Canadian soldier in 1984. And so I feel myself uniquely placed to respond to the events of Sept. 13.

My response is not to launch a fruitless inquiry into the "root causes" of this catastrophic occurrence. I couldn't care a whit whether the perpetrator of last Wednesday's atrocities was refused academic admission to Dawson College, whether he was bullied as a child, either in school or at home. I think it's irrelevant if he grew up with a chip on his shoulder because of some imagined slight, or even if he or his family suffered in the past from some form of persecution, be it real or imagined, in Canada or elsewhere.

To me, there can be no mitigating factors for murder, whether the locus of attack is a college campus in downtown Montreal, a nightclub in Tel Aviv, a skyscraper in New York City, or some parched crossroads among the rubble of Afghanistan. Murder is murder is murder. Each one should fall under the rubric of "hate crime."

When 14 young Montrealers, full of hope, ambition and promise, had their lives snuffed out because they had earned the privilege of studying engineering while another could not, many people I knew, especially women, insisted the "root cause" of this crime was our society's oppression of women, an opinion at which I scoffed.

When gun control was trumpeted as the panacea to these horrible killings, I was skeptical. I bought the argument that gun control penalized the law-abiding, rather than the criminals. I was sensitive to the position that people living rural lifestyles needed firearms as part of their daily lives, a situation unimaginable to me, given my urban existence.

Well, I am skeptical and sensitive no more. Last Wednesday was the drop that made the glass overflow, as we say in Quebec. The balance has shifted. I realize more clearly now that my choice must be to care more for the potential victims than the potential perpetrators.

So that's my response to the Dawson killings: No more guns. It's as simple as that. Because no one can accurately predict who among us will become unhinged enough to explode in bloody slaughter, I believe that guns should be unavailable to the public.

I don't trust psychiatrists - much less gun-registry officials - to ferret out what lies deep in the hearts of men. After all, Concordia administrators, some of whom had equipped their own offices with locks and panic buttons because of Valery Fabrikant's continued harassment, consulted a psychiatrist about the demented professor before his murderous rampage. I saw the same psychiatrist on television last week, hovering in the background following the Dawson shootings.

According to journalist Morris Wolfe, the psychiatrist had deemed it "unlikely" that Fabrikant, a professor repeatedly denied tenure, would become violent.

So if a trained psychiatrist with an abiding interest in severe and chronic psychotic illness, confronted with a man he himself has diagnosed as having "a personality disorder" cannot foresee the coming explosion of rage, all the administrative screening in the world won't be able to keep legal guns out of the hands of loonies. The solution that's clearest to me is to make guns - both legal and illegal - impossible to get.

And so, as a mother, a woman, and a sentient human being, I'm telling Prime Minister Stephen Harper and the entire government of Canada to wake up and smell the coffee: If you persist in your intended dismantling of the gun registry instead of making it harder for people to own guns, there will be hundreds of thousands of us marching in the streets of Montreal. I guarantee it.

I continue to believe that guns, especially long guns, are too readily available in our society. The government of Canada--under the guise of a private member's bill--is attempting to destroy the long gun registry, part of a web of regulations that seeks to make Canada's gun owners more accountable for their weapons and has been shown effective and even cost-effective.

The psychiatrist, Warren Steiner, contacted me after my piece(s) appeared to say Mr. Wolfe had it all wrong and that he--Dr. Steiner--regretted not having demanded retraction of the statements ascribed to him. Four years later, the comments are still available here. Dr. Steiner has since made the recovery--or lack thereof--of the Dawson community a particular research interest. And it looks to be a lucrative, longterm one.

Posted by Beverly Akerman MSc at 11:55