Why do critics of the long gun registry persistently ignore this simple truth?
By BEVERLY AKERMAN


MONTREAL—Does it make sense to assume all shotgun and rifle owners are law-abiding citizens, but that everyone behind the wheel of a car is a drunk?

Isn't that the message behind the federal Justice Department's recent proposal to institute random roadside breathalyzer tests?  On one hand, the government, hiding behind the skirts of its latest sock puppet, sends Conservative MP Candice Hoeppner to pontificate: "Irrational government policy had to be challenged....The long-gun registry is a massive Liberal policy failure and it needs to end. It makes no sense to force law-abiding individuals with firearms licences to register their long-guns. It makes no sense to believe the registry will prevent a gun crime from taking place."

On the other hand, it apparently makes perfect sense to assume that all drivers are drunk.

Memo to Justice Minister Rob Nicholson: if a policy has The Western Standard saying "Harper government wants full-blown police state," you have a problem on your hands—a "Houston-we-have-a-problem"-sized problem.

Purchasing a gun must magically confer "law-abiding" status through some noble alchemy of lethal weapon possession. Meantime, the latest example of gun mayhem unfolds on our front pages: the sad murder of Ontario Provincial Police Constable Vu Pham, 37, allegedly by 70-year-old Fred Preston, former reeve of the Township of Joly, and lifelong resident of Sundridge, Ont. Const. Pham was a Vietnamese War child survivor and father of three who spent part of his youth in Sundridge.

Each year, roughly 100,000 Canadian women and children take refuge in domestic violence shelters. How many of them live in homes with rifles or shotguns, remembering some 11 million such guns are in Canadian hands (and that 90 per cent of those hands are male)? How many Canadian women have been threatened with guns? How many of these guns are owned by "law-abiding" gun owners? 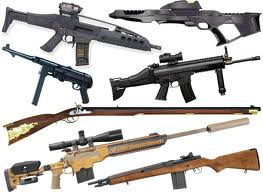 How long does it take to pull a trigger, anyway?

That's the amount of time it takes for a "law-abiding" gun owner to become a law-breaking one.  Here's how the gun registry helps prevent crimes, including murder (I'm typing slowly so even the dullards among us will understand): knowing who has which guns allows the police to remove them as a preventative measure, should it become necessary.  Why do critics of the long gun registry persistently ignore this simple truth? Enforcing the registry does prevent crime.

Since its creation, close to 23,000 firearms licenses have been refused or revoked because of just this sort of safety concern.

For years now, this "tough-on-crime" government has encouraged the flouting of the Firearms Act—still law in our land, despite their efforts to ignore it. They instituted an "amnesty" for those who failed to renew their gun licences and waived or refunded licensing fees, more than $120-million-worth.

That's far from being tough on crime.

The Supreme Court has ruled, "The registration provisions cannot be severed from the rest of the act. The licensing provisions require everyone who possesses a gun to be licensed; the registration provisions require all guns to be registered. These portions of the Firearms Act are both tightly linked to Parliament's goal of promoting safety by reducing the misuse of any and all firearms. Both portions are integral and necessary to the operation of the scheme."

Const. Pham's shooting is a tragedy—for his family, his community, for all of us. Just imagine how much more danger our cops will be in when they pull us over to sample our breath after our gun laws are even further eroded. 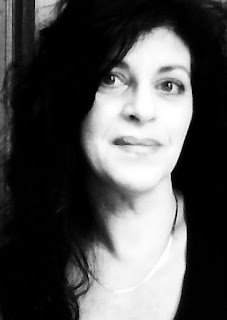 Posted by Beverly Akerman MSc at 14:52