Here's the CBC Local Montreal News segment from Nov.15th. Also on their website: 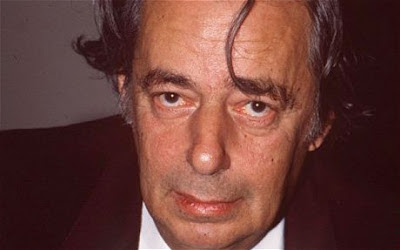 From what I understand, the Cote St. Luc civic administration has teamed up with the English Montreal School Board to try to promote the creation of a new EMSB high school in Cote St. Luc (at the site of the old Wagar High).
Now, at www.nametheschool.com, the EMSB is soliciting names for this new, projected, high school. So I’ve started a campaign to have it named in honour of the man I think was the greatest English Montreal writer of the twentieth century, Mr. Mordecai Richler. 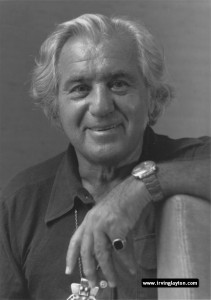 The response includes suggestions from Glen Rotchin and Max Layton that the high school, instead, be named for Irving Layton who apparently actually lived in, as well as wrote about, Cote St. Luc. Others have suggested a different sort of compromise: The Layton-Richler Academy. Or noted that if it was named Mordecai Richler Institute, it could be called, for short, MRI.

In other words, we’re having fun with this! 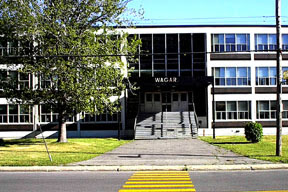 I’d just like Montrealers (and those who have Montreal in their hearts) to know about the “name the school” campaign and hopefully vote to have the school, if it actually comes to be, named after Mr. Richler. My interest in his work is of longstanding—here are links to a couple of pieces I’ve written, one at Rover Magazine, the other for Maisonneuve Magazine's blog.

I think I've got more MR elsewhere on this blog (but I actually don't have time to look it up because I've got to get ready to see David Bezmozgis at Blue Emet!)

I guess the clincher here is the article I saw a few days back that shows one in five EMSB elementary school grads are going to private schools for high school. We clearly need to change things if we want to keep these students in the public sector. Royal West Academy can only take so many of them (a whole 'nother story). Maybe this new school is the start of bringing students back to the public sector.

“Last year, among the English Montreal School Board’s 1,727 Grade 6 graduates, more than one in five left the board altogether. Rather than sign on with EMSB high schools, the majority of the 382 pupils who left went to the private sector for their secondary schooling.” (from Janet Bagnall’s Montreal Gazette column, Oct. 31st)

Please pass the word along!

Will update as things progress...

PS EMSB, a new building would be nice!

PPS I would have preferred a library, perhaps. But you know Montreal: "one island, one city, one snow plow, one library..."

Posted by Beverly Akerman MSc at 18:20