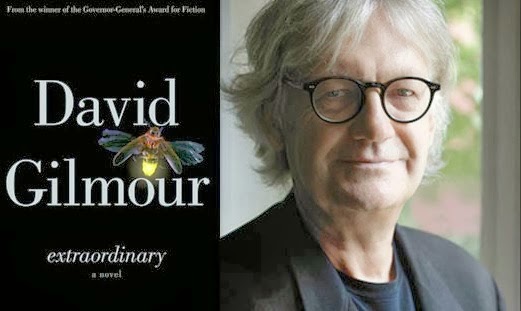 David Gilmour has to be the clearest writer I've read in a long time. In fact, EXTRAORDINARY is so clear, it reads like a film script. And not just any film script.

It reads like the Canadian cousin of the films "Before Sunrise" and "Before Sunset" (since writing this, I've seen the third installment, "Before Midnight," and it's marvelous). A man and woman sit around and talk all night--about their lives, who they are, what is important to each, filling in the gaps. Of course, in the original, the couple falls in love over the course of a 24 hour period after meeting, by chance, on a train; they don't know each other at all. 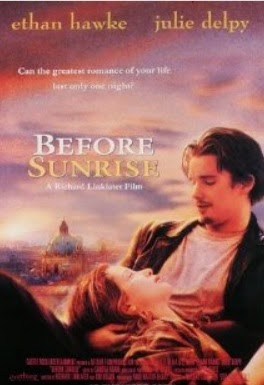 In Gilmour's version, the couple is anything but strangers: a half-brother and half-sister, separated by a 15 year age gap.

It reads as though Gilmour leapfrogged to the third act of the trilogy, cutting out beginning and middle, opting solely for end.

And instead of being thrown together haphazardly on a train, they are drawn together on this single evening by the sister's need for help in committing suicide. She's a paraplegic who's had enough of living a diminished life, a life she finds harder and harder to manage.

I'm wondering about the title, if it's Sally, the sister, who is supposed to be extraordinary? M, the narrator, certainly seems to find her so, but I guess we all feel that way about those we love, about those whose half-stories we know. Or maybe the circumstances are extraordinary...yes, that seems more like it. It’s funny: the cover illustration is of a glowing firefly, but a moth drawn to a flame might have been just as apt.

I did not want to like this book. In fact, I didn't want to like any of this author's work. If you’ve been wondering why the name David Gilmour rings a bell, it could be because he was a long-time CBC film critic. Or because he already won the Governor General’s Literary Award for A Perfect Night to go to China.

On principle, I wanted to dismiss this book. In fact, I wanted to ignore Gilmour’s work entirely. But, unlike Gilmour himself, I couldn't write him off without ever having read him. So I am working my way through his books. I won't buy them, though: he's not getting my measly toonies! 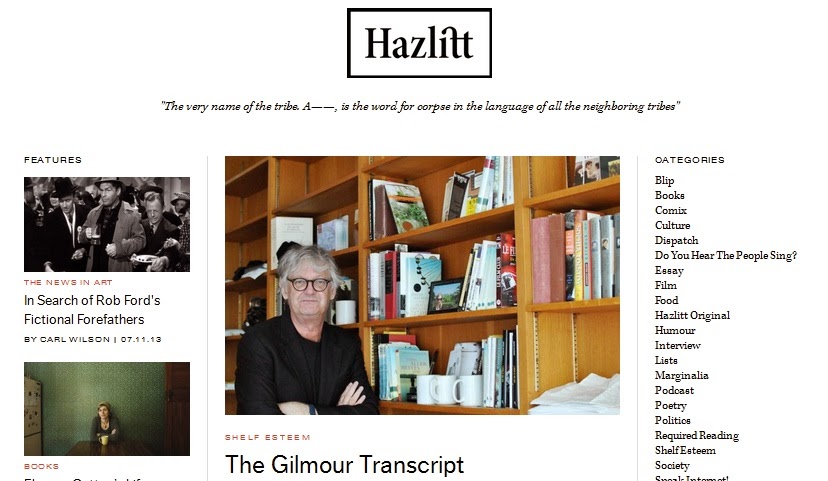 Did I enjoy Extraordinary? Yes. Not as much as the book I finished earlier in the day: Louise Erdrich’s The Roundhouse. I read that one for my book club; I’m also working on discovering more great women writers. For this, I may thank David Gilmour.

Was Extraordinary extraordinary? Well, it was good, not great. It filled an evening.

Will I remember it six months from now? Doubtful.

It was extremely clear, eminently readable. Is it such a great book that it deserved to be on the Giller long list? Well, not having read the others or the ones which were overlooked, I really can't say (very much want to read the Davidson and Coady ones).

I read it because my library made a copy available, because I was curious, and because I couldn't not like his writing because of some ideas he has with which I disagree.

I read it, in sum, to prove to myself that I am not as prejudiced as he is.

After months of fulmination and kerfuffle, David Gilmour is back teaching at the University of Toronto.

Posted by Beverly Akerman MSc at 15:07