SPOILER ALERT: conjecture on the season 4 plot appears in the last paragraph of this post. (Not that most of us probably couldn’t see it coming…)

Last night’s episode of Downton Abbey was even darker and more troubling than the previous week’s violence. And that’s because, in this latest installment, action tantamount to rape is advocated by those we have taken to be “the good guys.” That we are beguiled into viewing it as justified only makes us complicit, bringing us one step lower on the slippery descent into situational ethics.

Episode 2 featured two major skirmishes in the battle between the sexes: Green’s rape of Anna, and Edna’s “seduction” of Tom. The contrasts between these acts are multiple, from the genders of the perpetrator/victim, through location of the event, and the style of depiction: man vs. woman, downstairs vs. upstairs, explicit violence vs. implied non-violence. And the reactions Sir Julian Fellowes cultivates within us, the viewers, when faced with each of these despicable acts, are also very different: fear, horror, and tears vs. vague unease.

Both victims are among the most attractive and sympathetic members of the cast, haling from among the virtuous lower classes. There is also the aspect of their relative blamelessness: though Anna had no reason to believe ill of Green (beyond the tingling of Bates’ spidey sense), it’s hard to avoid the impression Tom should have known he was playing with fire in rekindling a relationship with Edna. The two attackers also issue from among the poor, albeit the undeserving, non-virtuous kind (they’re also clearly the less attractive member of each doomed couple).

In both sexual attacks, the sympathetic natures of the victims are taken advantage of in order to gratify the perpetrators’s needs--for sex, power, and, in Edna’s case, as a gambit to improve her social situation. Can a man be raped? Episode 2 makes a clear case for the affirmative.

But it is episode 3 that I find more alarming, and specifically the scene where Mrs. Hughes confronts Edna on Tom’s behalf. But first, let’s backtrack a smidge: having plied Tom with whiskey and slipping into his room, Edna approaches Tom the next day, demanding he commit to marrying her if their encounter results in a pregnancy. Tom refuses to accept the premise of the question (a neat lesson also stressed in West Wing, Season 7, which I’ve been watching recently). Conception, Tom tells Edna, isn’t that simple. Edna challenges Tom: so he regrets their encounter?

Tom, in his sad sappiness nearly a fit heir for the dopey Lord himself, responds: “I am already full of regret. There is nothing but regret in me” (though I’m guessing it was something quite other than regret that issued from him on the night in question).

Later, in London, Lady Mary recognizes Tom is in difficulty. When he refuses to open up about his problem, she advises to find some way of unburdening himself. Which sends Tom to Mrs. Hughes, the one person in whom Anna has also confided.

The stalwart Mrs. Hughes, believing herself partly to blames for Tom’s situation—for having she assisted in, albeit grudgingly, Edna’s return to Downton as a ladies maid. She subsequently confronts Edna on Tom’s behalf, but not until she’s discovered the Mary Stopes book Married Love, a sensation at the time, in Edna’s room.

According to Mrs. Hughes, possession of the book means Edna had planned the whole thing, and that she must have known all about preventing pregnancy. Unfortunately, Fellowes—and, by extension, Mrs. Hughes, are mistaken on this. The version of Married Love available online only hints at methods of contraception—primarily douching, presumably, and possibly condoms:

It should be realized that all the proper, medical methods of preventing undesired pregnancy consists, not in destroying an already growing embryo, but in preventing the male semen from reaching the unfertilized egg cell. This may be done either by shutting the semen away from the opening of the womb, or by securing the death of all (instead of the natural death of all but one) of the two or three hundred million spermatozoa which enter the woman…To render inert the ejaculated spermatozoa which would otherwise die and decompose naturally, is a simple matter, now familiar to every intelligent physician and layman.2

How to do this, Stopes writes, is “knowledge…easily obtainable” elsewhere. Apparently, one of the commonly used fertility regulators of the time was “half a lemon, partially squeezed out and then inserted in the vagina to cover the cervix like a cap.”3 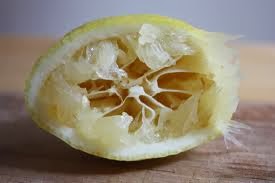 My point, finally, concerns the lengths to which Mrs. Hughes appears prepared to go in her attempts to foil Edna’s plan:

Edna: What proof have you got?

Mrs. Hughes: None, at the moment. But if you persist in your lie, I’ll summon the doctor and have him examine you.

Edna: You can’t force me.

Mrs. Hughes: Oh yes, I can. First, I’ll lock you in this room. Then, when he’s arrived, I’ll tear the clothes from your body and hold you down, if that’s what it takes.

A forcible gynaecologic examination? Does that sound far from rape to you?

In the face of Mrs. Hughes’s determination, Edna folds. And we, let’s face it, are stoked. Because a devil, for once, has got her comeuppance.

Edna: He still seduced me. You can’t change that.

Mrs. Hughes: You made a man drunk and climbed into his bed. You call that seduction? Because I don’t.

Edna rushes out. To Tom, Mrs. Hughes allows she was bluffing, that a doctor’s examination at that point would have found nothing.

But haven’t we, too, been seduced? Seduced into accepting the threat of a near-rape as a justified response to Edna’s aggression.

And finally—SPOILER ALERT—having watched the entire fourth season, may I say that another Downton character could have used the lemon treatment, and that it is not a coincidence that Fellowes’s choice of the names Ethel, Edna, and Edith is not, thematically speaking, a coincidence.

1This is not a summary of the episode. For an excellent recap of episode 3, please see Robin Kawakami’s Wall Street Journal blog piece, here http://blogs.wsj.com/speakeasy/2014/01/19/downton-abbey-season-4-episode-3-tv-recap/

Posted by Beverly Akerman MSc at 14:07