Blatch vs. Gopnik: Why The Walrus owes Christie Blatchford an apology 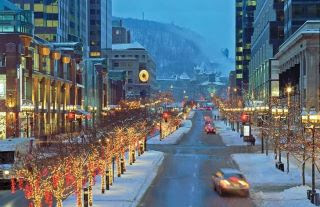 I keep trying to get beyond my feminist programming. It makes me touchy and it surely is a hindrance to my getting ahead in the world. I do know all this but, try as I may, on paging through the front sections of the morning papers--old school print: The Globe & Mail, The Montreal Gazette, and La Presse--I can't help but notice how few of the articles feature women. And by 'feature,' I mean women as newsmakers, the central subject of the article.

As opposed to the usual silicone & stiletto eye candy.

Some days, particularly in The Globe, NONE of the A section articles feature women...my heart collapses just a little more each time.

But recently, it was The Walrus that got me.

Their crime was in their treatment of Christie Blatchford in the November 2011 back page, "Chalk It Up," in which they tore a (comic) strip off her for having criticized the late Jack Layton when his body was barely cold. Blatch's "Layton’s death turns into a thoroughly public spectacle," a National Post Full Comment article, was published on the day Layton died.

The NERVE of Blatchford to criticize Saint Jack! She took on the CBC for overplaying the story: "...even serious journalists like Evan Solomon of the CBC repeatedly spoke of the difficulty 'as we all try to cope' with the news of Mr. Layton’s death.

The NERVE of Blatch to take a swipe at the emperor's nakedness, as reflected in Jack's final communiqué:

"And what to make of that astonishing letter, widely hailed as Mr. Layton’s magnificent from-the-grave cri de coeur?

"It was extraordinary, though it is not Mr. Solomon’s repeated use of that word that makes it so.

"Rather, it’s remarkable because it shows what a canny, relentless, thoroughly ambitious fellow Mr. Layton was. Even on Saturday, two days before he died, he managed to keep a gimlet eye on all the campaigns to come."

For these crimes, Blatch was portrayed by Jason Sherman and David Parkins as a cross between a bat, a gargoyle, and Cruella Deville. And, for good measure, a "c-word," and an "ugly glasses-wearing soldier lover," in the eyes of Jack's NDP faithful.

Blatch goes on: "Who thinks to leave a 1,000-word missive meant for public consumption and released by his family and the party mid-day, happily just as Mr. Solomon and his fellows were in danger of running out of pap? Who seriously writes of himself, 'All my life I have worked to make things better'?

"The letter was first presented as Mr. Layton’s last message to Canadians, as something written by him on his deathbed; only later was it more fully described as having been 'crafted' with party president Brian Topp, Mr. Layton’s chief of staff Anne McGrath and his wife and fellow NDP MP Olivia Chow."

Frankly, I don't think Blatchford went far enough. I think Layton should have resigned when he first became ill. He didn't, maybe not so much because of his ego as because he knew what happens to a cult of personality when the personality in question exits stage left.

I also have a problem with his having died of a 'new' cancer that's remained nameless to avoid depressing cancer sufferers more (as if!).

Okay, Adam's a big success, writes for The New Yorker, and just released a treatise on winter:

"At fifty-five, Gopnik stands at the peak of his career. He has written six books to date (two of them for children), including the acclaimed Paris to the Moon and Angels and Ages: A Short Book about Darwin, Lincoln, and Modern Life, as well as countless articles of varying length for The New Yorker. This fall, he is publishing two new books, The Table Comes First: Family, France, and the Meaning of Food and Winter, which he is delivering across Canada this fall as the 2011 CBC Massey Lectures."

Listen, I'm as admiring of Gopnik as the next person, but he moved away from Canada 30 years ago for NYC. And Paris.

And that photograph of Gopnik by Jody Rogac--what were they thinking? He looks like Snoopy impersonating a vulture.

"...[Gopnik's] son Luke appeared, a lithe and handsome seventeen-year-old with thick brown hair. He went to the kitchen and came back with a dog treat, as Butterscotch [the little dog that now obsesses Gopnik after a lifetime of refusing to have dogs] practically spun in circles on her hind legs. Then he began slowly waving the treat over the stack of unsold copies of Through the Children’s Gate, and soon Butterscotch followed, leaping with her stubby legs fully extended, with surprising grace, over the wall of books, back and forth, back and forth. Gopnik looked on, rapt, amazed, and absolutely beaming."

All I can say is, where is Mordecai Richler when you need him?

This is most of what Baird has to say about Winter: "..a diffuse and eclectic book, straining at times to sustain its theme with no chance to fall back on the quirky, heartwarming personal narratives that propel Paris to the Moon and Through the Children’s Gate. But in the end, Winter is also deeply personal: it is about finding a sense of home and rootedness and meaning in a fragmented postmodern world; it begins with and ultimately returns to the city of his formative teen years and early adulthood, Montreal. 'Practically everything important that has happened to me happened in Montreal,' he said: 'The first time I fell in love, the first time I fell out of love, the first time I made love.'"

Frankly, The Walrus owes Blatchford an apology. I think Blatchford is amazing, not least because she actually stayed in Canada, not to mention travelling halfway round the world, to bring us Canadian stories. And, for the record, as a kneejerk leftie, there are many of her positions I disagree with.

I know, I know: "Chalk It Up" is supposed to be satire. Still, Blatch is a writer of stature in this country, a writer of gender, a feminist writer. She deserved better than to have her appearance slagged and to be called a 'c-word' in what passes in Canada for The New Yorker.

Maybe Gopnik's next book will be a series of lectures about the essential Montreal.

As a Montrealer, let me tell you how much I'm looking forward to that. 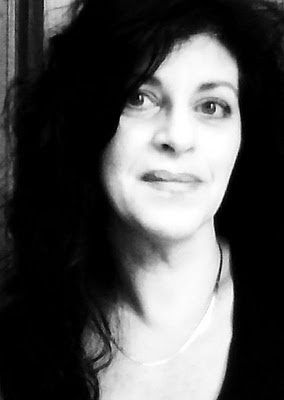 Posted by Beverly Akerman MSc at 13:17