RESPs: a great way to save for higher education 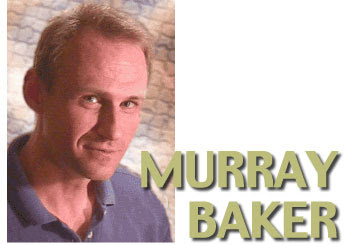 Working with undergraduates years ago, Murray Baker was struck by how many of the students were force to juggle part time jobs with their course work. “They were terribly concerned about the level of debt they would have at graduation,” he says. Financial advice books addressed baby boomers, investments, and RRSPs, but “there was nothing specifically for students.” The result is Mr. Baker’s bestselling The Debt-Free Graduate, now in its 7th printing.

Mr. Baker’s number one recommendation for students and their families: it’s never too early to start a Registered Education Savings Plan. “There are even ‘airmiles-type’ plans that can be set up prior to the child’s birth,” he notes. And if your child is only five or six years away from finishing high school? “Better late than never,” he advises.

The RESP allows the earnings on deposits to accumulate on a tax-deferred basis. As the student withdraws funds from the plan, the earnings are considered the student’s income “and taxed at a much lower rate, because students generally aren’t earning all that much,” Mr. Baker says. The federal government kicks in an additional 20 per cent of the first $2,500 in annual RESP contributions in the form of the Canada Education Savings Grant (CESG); for lower income families, this benefit jumps to 40 per cent for the first $500.

Recent enhancements to the RESP and associated programs include:

“The plan’s a lot more flexible now. For example, if your child ends up not using the RESP, you can contribute the principle and part of the interest to your RRSP,” Mr. Baker says. But plans vary: look carefully at their associated administrative fees and the risk level of the investments.

Posted by Beverly Akerman MSc at 13:51